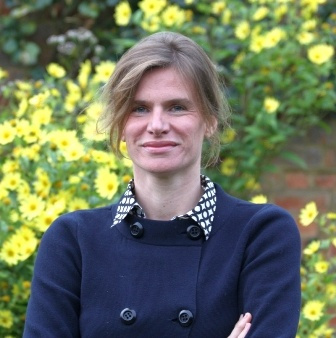 Professor of Innovation Economics and Public Value at University College London, and the founder & Director of the university’s Institute for Innovation and Public Purpose (IIPP). IIPP is dedicated to rethinking the role of public policy in shaping both the rate of economic growth and its direction.[1]  According to QUARTZ, she is 'one of the world’s most influential economists …on a mission to save capitalism from itself”.[2] She advises politicians and policymakers worldwide and works with the European Commission (EC) experts. She was appointed as a counselor to the British Labor Party- Economic Advisory Committee, the Democratic presidential candidate Senator Elizabeth Warren, and also Scottish nationalist leader Nicola Sturgeon.[3]

Mazzucato's research focuses on the relationship between economic growth and innovation at the company, industry and national levels. She is the author of “The Entrepreneurial State: Debunking Public vs. Private Sector Myths” (2016) and “The Value of Everything: Making and Taking in the Global Economy” (2018). She recommends giving governments a bigger role in supporting innovation and economic growth, referring to the examples of Facebook, Google, and Apple, which have succeeded in their countries and weren’t mimicked by other European countries. In her opinion, what matters most is the cause of these companies’ success. Have they used the same market mechanisms used worldwide? Are there any funding mechanisms that fund new innovative risky ventures other than banks? Or do they employ more successful marketing strategies different from conventional marketing strategies?

She questioned the language, discourse, images and words used to describe the private sector as much more innovative and revolutionary, and the distorted image of the public sector and its role, claiming that the latter’s large size in some countries affects the private sector’s investments. Responding to these claims, Mazzucato gives "iPhone" as an example, by analyzing the elements that make a device a smartphone (internet, touch screen, and GPS), saying that all these innovations were developed using public funds and military projects supervised by government universities and research institutions, and not necessarily creative or brilliant capitalists, as seen in some cases. She gives another example from the pharmaceutical industry, where 75% of innovations related to primary chemical compounds are funded by state-owned laboratories. On the other hand, the private sector funds are spent on advertising, marketing, and purchasing stocks.

So, the role of the state in correcting market failures in these cases went beyond the claims of economists and sponsors of “structural reform policies”. Its role was not limited to funding primary research, it was extended to applied research. In fact, the state in these cases acts is a venture capitalist, taking risks that investors do not usually take and which are extremely high in sectors highly empirical and experimental. Here, the following question is key; if the state bears the risks, who gets the investment rewards? As such, Mazzucato proposes rethinking a more direct mechanism for redistributing the value-added other than the tax mechanism.[4]

Mazzucato, unlike the majority of neoliberal and “free market” economists, reckons that for achieving economic growth, governments should have a greater role. Based on her analyses of some innovation-based industries and the role governments have played to achieve what these companies have achieved, claims that the private sector on its own can lead the market and achieve growth are incorrect. From this point, Mazzucato proposes what many economists consider to be "more dangerous": re-distribution of income. This idea is based on the theory of collective production of value. The production of value is not an individual action, with few persons controlling the largest amount of surplus value (venture capitalists or entrepreneurs), though the state, as well as salaried workers, contribute to the production of surplus value. Based on this, a different distribution of wealth that encompasses all elements of production is needed.[5]

For a brief explanation by Mariana Mazzucato of her core ideas, click here: