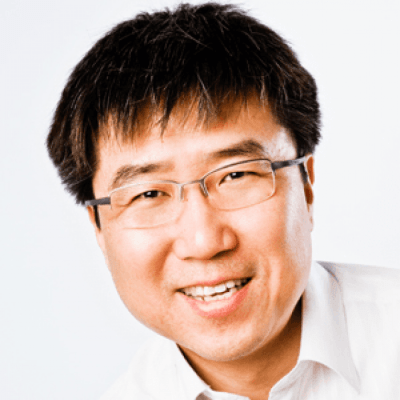 Ha-Joon Chang is a South Korean institutional economist, specializing in developmental economics. He is currently a reader in the Political Economy of Development at the University of Cambridge. Chang served as a consultant to the World Bank, the Asian Development Bank, the European Investment Bank, Oxfam, and various United Nations agencies. In addition to being a fellow at the Center for Economic and Policy Research in Washington DC, he also serves on the advisory board of the Academics Stand Against Poverty (ASAP). Chang is well known for using a blend of historical and contemporary cases to analyze the evolution and determinants of economic development practice.

Ranked as one of the top 20 World thinkers by Prospect Magazine, Chang is the author of several widely discussed policy books, most notably Kicking Away the Ladder: Development Strategy in Historical Perspective (2002),  The Political Economy of Industrial Policy (1994), Globalization, Economic Development and the Role of the State (2003), and 23 Things They Don’t Tell you about Capitalism (2010). His work was awarded the 2005 Wassily Leontief Prize for Advancing the Frontiers of Economic Thought from the Global Development and Environment Institute.

Chang’s contribution to the field of economics started early in his career when he worked on the elaboration of the theory of industrial policy under a leading British Marxist economist, Robert Rowthorn. His field of work, institutionalist political economy, focuses on historical and socio-political factors as determinants of the evolution of economic practices. His economic thought is influenced by many from Karl Marx on the left to Friedrich Von Hayek on the right.

Chang is most known for this controversial and award-winning book, Kicking Away the Ladder, in which he argues that today’s developed countries forbid other developing nations from using the interventionist economic policies that they once used to grow and become rich nations. The book argues that the World Trade Organization, World Bank, and International Monetary Fund are fundamental obstacles to poverty alleviation in developing countries. Despite being criticized by Douglas Irwin and others for his arguments in Kicking Away the Ladder, in 2008, Chang doubled down on the ideas of the book by publishing Bad Samaritans: The Myth of Free Trade and the Secret History of Capitalism.

This book was applauded by Nobel Prize winner, and one of Chang’s influencers, Joseph Stiglitz, for its great ability to blend contemporary and historical cases to show that state interventionism, despite producing some economic failures,  has a better record than upregulated free markets, especially in producing economic development. The book also demonstrates that the GDP growth in developing countries was higher prior to external actors, mainly developed nations and development institutions,  pushing for deregulation, privatization, and anti-inflationary policies.

In 2011, Chang offered a twenty-three-point rebuttal to neo-liberal capitalism in his book 23 Things They Don’t Tell You About Capitalism. The book offers a new vision in which we can shape capitalism to serve humane ends. The book also gained wide publicity with assertions such as “[t]he washing machine has changed the world more than the internet has” and “making rich people richer does not make the rest of us richer”. Moreover, this book marks a shift in Chang’s work as he moved towards discussing the issue of neoliberalism as it related to all countries and not only developing nations.

After graduating from Seoul National University's Department of Economics, Chang earned his MPhil and a Ph.D. degree from the University of Cambridge for his thesis entitled The Political Economy of Industrial Policy-Reflections on the Role of State Intervention in 1991.

The Nature of Economics | Economics for People with Ha-Joon Chang

Why Are Some Countries Rich and Others Poor? | Economics for People with Ha-Joon Chang