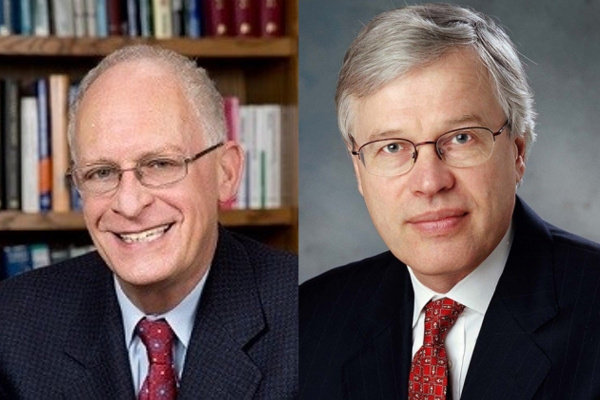 Nobel Memorial Prize in Economic Sciences (2016): Hart and Holmström
On October 10th 2016, the Royal Swedish Academy of Science announced Oliver Hart (British), and Bengt Holmström (Finnish) as winners (jointly) of the Nobel Memorial Prize in Economic Sciences for the year 2016, for their vital contribution to the development of “Contract Theory”.
The importance of contract theory derives from the premise that contracts are “essential to the functioning of modern societies”. Specifically, their importance lies in the validation and organization of different types of business and commercial relationships: CEOs compensations; corporate privatization; insurer-insured relationships; and resolving commercial problems between businesses. in brief, the contribution of Hart and Holmström was summarized by the Nobel Committee as: “helping us to understand real-life contracts and institutions, as well as the potential pitfalls when designing new contracts”.
The contribution of Holmström to contract theory started in 1970s, with his insight of “Informative Principle” that addresses the principle-agent problem. In other words, the principle (employer) should design the optimal contract which compensates the agent (employee) based upon all available information about the actions that have been taken. Holmström shows how the optimal contract can balance between all risks and incentives facing all parties to a contract.
Hart’s contributions to contract theory are crowned by the “Incomplete Contract” principle, which states that no contract can exactly specify what each party should do in unexpected future probabilities and situations. Therefore, the contract should specify which party has the right to make decisions regarding such unexpected situations. In other words, a good contract is one that assigns a dominant party to make a decision when the parties cannot agree on its terms.
These contributions and others enabled Hart and Holmström to shape and enhance contract theory in its current stage; in addition to their role in improving economic thought in areas such as employees wages and bounces, and creating better designed jobs.
Oliver Hart was born in 1948 in Britain. In 1969, he earned his BA in mathematics from King’s College, Cambridge. In 1972, he received his Masters degree in economics from the University of Warwick, Coventry, and his PHD in economics in 1974 from Princeton University, New Jersey. He taught at London School of Economics, Massachusetts Institute of Technology, and is now at Harvard University (since 1993), where he was chairman of Harvard economics department from 2000 to 2003.
His main academic achievements are concentrated in contract theory, in addition to his achievements in corporate finance, law and economics, theory of the firm.
Bengt Holmström was born in 1949 in Finland. He earned his B.S in mathematics and science from University of Helsinki, Helsinki in 1972, his M.S in Operations Research in 1975, and his PHD in business in 1978 from Stanford University, California. He worked as associate professor at Kellogg Graduate School of Management at Northwestern University (1980–83), and as the Edwin J. Beinecke Professor of Management at Yale University’s School of Management (1985-94). Currently, Holmström is Paul A. Samuelson Professor of Economics at the Massachusetts Institute of Technology (since 1994). Besides, he was a member of Nokia Company board of directors from 1999 to 2012.
Holmström was awarded several prizes before the Nobel Prize; include the “Banque de France-TSE Senior Prize in Monetary Economics and Finance” (2012), the “Stephen A. Ross Prize in Financial Economics” (2013), the “CME Group– MSRI Prize for Innovative Quantitative Applications” (2013), the “Yrjö Jahnsson Foundation Science Prize” (2014), and the “Louis and Göran Ehrnrooth Prize” (2016).